Rely Upon the Things which are Written, Part II 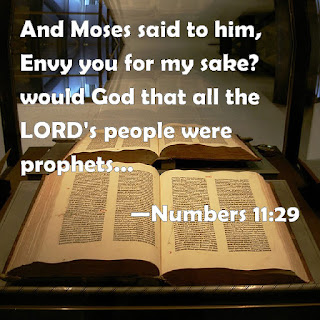 I have repented. Since publishing the previous blog post, the Lord has given me more insight and I have had a change of heart. But that doesn’t mean everything I learned and said about Oliver’s revelation was in vain. I believe the Lord was simply giving me a lesson on how we are to proceed in our day. I have been hard-hearted so maybe I’m the only one who needed this lesson. Regardless, allow me to share my thoughts on how we can be informed by the actions and history of the early saints.

Oliver received his revelation, The Articles of the Church of Christ, in June of 1829. The Book of Mormon was not published yet, but would be nine months later. The Book of Mormon was the first thing the Lord needed to put in place in order to have a covenant people. Through Oliver, the Lord gave a revelation that would help point people to that seemingly inconsequential book so they would realize its importance. But something happened that necessitated the replacement of Oliver’s revelation. What was it?

The replacement document was received on April 10, 1830. What happened around that time? The organization of the Church was just four days prior. What happened during that organizational meeting? The saints elected trustees for the Church, men were ordained to various offices, and Joseph and Oliver were sustained as leaders of the church. What didn’t happen during that meeting? The saints, as a people, did not explicitly accept the Book of Mormon. After the meeting, Joseph Smith received the revelation that became D&C 21. In that revelation, God directed the people to hearken to Joseph’s words. In other words, the saints got a prophet to follow. Also in that revelation, the Lord recognized Joseph’s “weeping for Zion” but He did not indicate that the body of saints were His people or that they would move the cause of Zion forward. Only Joseph’s works were blessed.

Why was Joseph “weeping for Zion” so early into the restoration? Perhaps, at that very first conference of the Church, the saints deviated and went on a trajectory that was different from what the Lord wanted for them. Perhaps they had the opportunity to become the Lord’s people but they would not. Perhaps Oliver’s Articles of the Church of Christ was meant for a body of believers that would become the people of God. If so, it only makes sense that a different governing document was needed - a governing document that could be continuously altered to allow for the institutional religion the people desired. So, four days after the organization of the Church, Joseph received a new document suitable for a body of believers who were not ready to accept the Book of Mormon.

Generations have passed and now here we are, ready to accept the Book of Mormon as a people and hopeful to receive a covenant from the Lord to become His people. The Lord gave an assignment to Jeff Savage to prepare a statement of principles suitable for such a covenant people. Because of that assignment, Jeff received revelation and wrote it down. In Answer and Covenant, the Lord said, “I have given to you my doctrine, and have also revealed teachings, commandments, precepts, and principles to guide you” (emphasis mine). That seems to be a clue. The Lord has already given us principles. I believe He is referring, at least in part, to what He gave to Jeff. The Lord also said that He requires “a statement of principles to be adopted by the mutual agreement of my people” and He requires “it to also be added [in the scriptures] as a guide and standard for my people to follow”.

So now we have a choice as the early saints did. The early saints didn’t accept everything that had been given them and so they had to go on a different path, without a covenant. I believe we should accept what has been given to us by the Lord, including the principles that He already revealed to Jeff. But that doesn’t mean everything is already done for us. For it to be by “mutual agreement”, everyone must be involved. That’s why there have been meetings meant for representatives from every fellowship and rounds of voting involving the entire body of believers, all to assist with the process in a mutual fashion. So what exactly can the people do to assist writing the statement if the Lord already revealed a statement to Jeff? Fortunately we have very recent history to inform us.

As Denver relates in his Q&A in St. George, the process of getting the Testimony of St. John ready for distribution involved editing using input from others. Denver’s wife and then the scripture committee took a careful look at the document and made suggestions. Denver, who received the revelation and thus had the authority to make some modifications, was able to make things clearer in a way that didn’t pollute what had been given by the Lord. Revelation has been lawfully modified before. Joseph Smith, the one to whom the Book of Mormon had been revealed, had the authority to continue editing and correcting it to make it clearer without polluting it. Similar to these two examples, Jeff has the authority to modify the statement of principles given to him so that it can become a statement “adopted by the mutual agreement of [the Lord's] people” without polluting what was originally revealed. I suspect that for too long we have been trying to modify or reject what the Lord has revealed without the authority to do so. I myself am guilty. The early saints changed revelations without authority and it did not go well for them. Let us be faithful to the word of the Lord, no matter who that word comes through.


There is one more meeting of fellowship representatives planned before presenting a final governing principles document to the people for acceptance. Based off of of last week’s voting, it appears extremely likely that Jeff’s original document will be chosen as the base text and I don’t think that is a coincidence. As a representative of my fellowship to the governing principles meeting, I intend to bring all the questions and suggestions my fellowship has concerning Jeff’s revelation. I imagine all the other representatives will do likewise and we will communicate all of those things to Jeff. Unlike what has happened so far in the debates and meetings concerning the governing principles, this process will indeed be “a light thing” and something we easily “could have finished...long ago” (Answer and Covenant). The only difficult part will be what Jeff will need to do. After Jeff has heard all the questions and suggestions, he, under the guidance of the Spirit, will be able to incorporate any needed changes into his document in a way that will continue to be faithful to what he originally received. This will result in a mutually-agreed-upon statement of principles which will be made available to everyone for examination. The acceptance of a final document by the entire body of believers will fulfill the requirements the Lord has set and then we will be able to finish our present labors in preparation for a covenant.
Posted by Dan at 10:53 AM